100+ Years of Blessings
​and counting 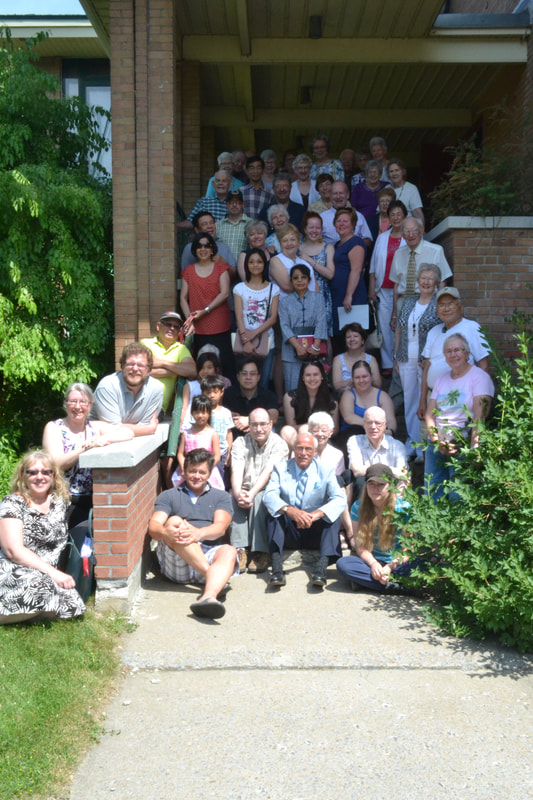 ​The year 2016 saw Dorval-Strathmore United Church celebrating its 100th anniversary!  We are an amalgamation of Dorval United and Strathmore United, but we are celebrating our centennial as a faith community in Dorval through Strathmore’s history.  In the summer of 1915, a group of Methodists, Presbyterians, Anglicans, Baptists, and others began meeting for worship in a local boathouse.  As the weather grew colder, they met in people’s homes.  In October of 1916 they formally became Strathmore Union Church and began construction of a new building on Lake Avenue (now a bookstore).  They became part of the new United Church of Canada in 1925.  The congregation grew, and construction of our current church building began in the mid-1950s, with the first service here held on Easter Sunday, 1956.

A lot has changed in 100 years, but Dorval-Strathmore continues to live the good news in this community.  We are a welcoming and inclusive faith family, grateful for the opportunity to serve this neighbourhood.  Our on-going ministry includes work with local organizations like Dorval Community Aid and the West Island Citizen’s Advocacy apartment program.  As well, many different groups call DSUC home:  Seven Guiding and Scouting groups, three Alcoholics Anonymous meetings, the Tora Karate school, and the West Island Chinese Alliance Church.

Check out the anniversary booklets below!